Thai food is colorful, usually a bit spicy and often has a base of some animal product- namely chicken or fish. Taking a stroll through any night market in Thailand means being immersed in the sounds and smells of Thai street food, most of which is meat. ‘lukchin moo’- grilled pork on a stick being sold for 2 baht at a night market.


However, there are plenty of options for tourists that are looking for a plant-based meal, and surprisingly they are not exclusive to the big city of Bangkok- Thailand’s hub of international food. In fact, the plant-based paradise most well-known in the vegetarian/vegan community is nestled in the mountains up north, in Chiang Mai.

Chiang Mai has long been known as an artsy and laid-back tourist destination. There are many farms and homestays in the calm city, though it’s tiny airport is actually home to many international arrivals every year. As a result, there are a number of hostels and affordable hotels that are frequented by tourists looking for a healthy meal, and over the years many of those hospitality businesses have expanded into plant-based food themselves.

As such, Chiang Mai now has over 20 plant-based restaurants, and that’s not including the food you can find at markets like the Chiang Mai Night Bazaar.

Whether you’re still planning your trip or you’ve arrived in Chiang Mai, here are a few tips to finding the plant-based food vendors around the city:


1. Look for the “Jay”
Vegetarian/vegan food restaurants and food stalls are normally marked with the Thai lettering เจ - pronounced “Jay” in English. Very often, they are put on a yellow background, such as in this photo: 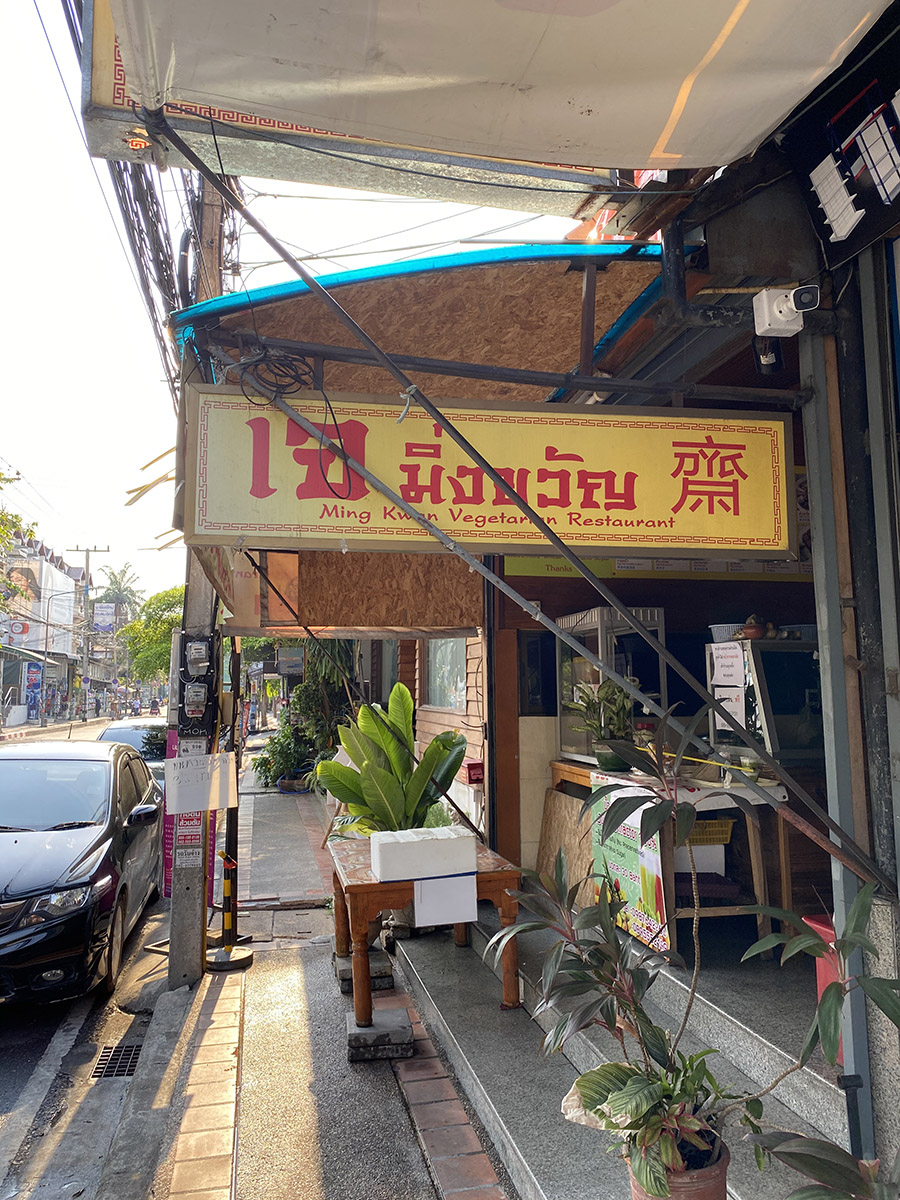 Vegan is prominently featured on the sign for Ming Kwan Vegetarian Restaurant, in Old Town.

2. Google maps.
If you’re already in Chiang Mai, or you are planning ahead for how you’d like to eat while you are there, you can open Google Maps and search for ‘Vegetarian’ or ‘Vegan’, and you’ll get a long list of options returned from that search. 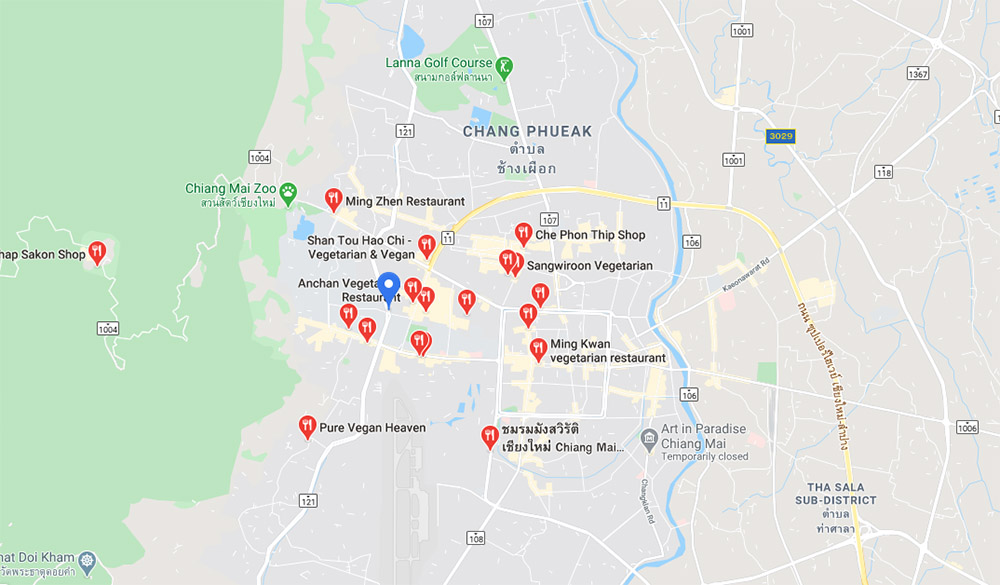 
3. Download the HappyCow App
HappyCow is a vegetarian/vegan food mobile app that uses your current location to show you which options are available nearby for plant-based food, and even lists them by the proximity that they are from where you are currently standing (good for the people walking).


The listings are regularly updated with photos and ratings by other travelers, and it works anywhere in the world. The app costs $4 USD (125 THB), and is well worth it if you are in a rush and

Recommended Dishes
Though most Thai restaurants will be accommodating of a plant-based diet in Chiang Mai, there is definitely one northern dish in Chiang Mai that must not be missed: Khao Soi.


Traditionally made with chicken, many plant-based vendors in Chiang Mai have made it their signature vegan dish. It’s spicy, crunchy, and served hot - and also, it’s usually not going to cost you more than 60 THB ($2 USD) per bowl. 
And one last thing that can be found all over Thailand, but is not so easily found without seafood: Som Tam, or papaya salad. As with Khao Soi, it is a very commonly served dish at plant-based food vendors in Chiang Mai, and it’s often pretty spicy so if you’re going to try it, be sure to order it with some ice water or a refreshing glass of Thai Milk Tea. 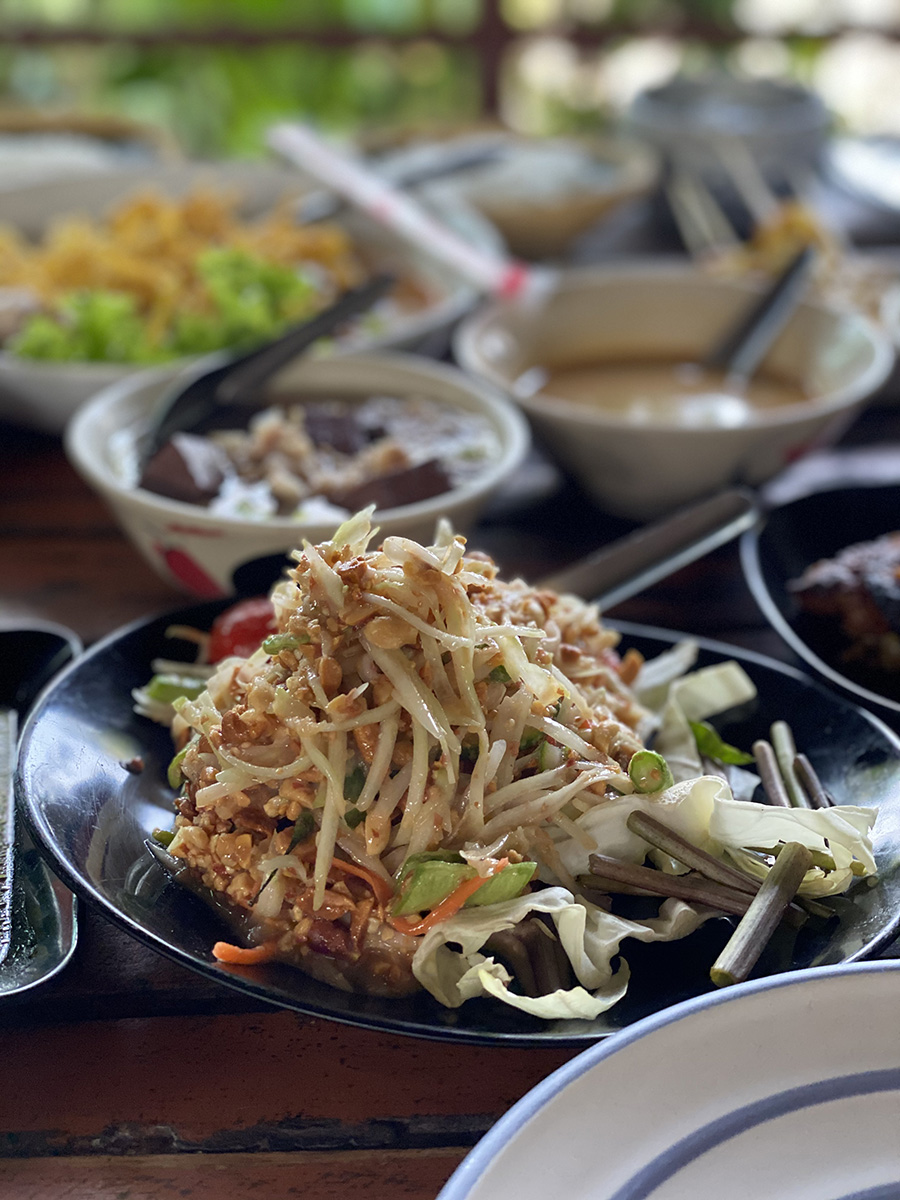 Bon Appétit!
Submitted on 30 June 2020
By TAT Newsroom
All entries