There is, however, a multitude of ways to avoid the car traffic and congestion in Bangkok, including the always expanding BTS Skytrain, the underground MRT subway system, and the infamous lane-splitting “win motorsy” (Motorcycle Taxi).

Additionally, there is another, lesser-known method of transportation that is available in Bangkok: the canal boat. Referred to by locals as the “Khlong boat” or the “water bus,” taking a ride down the most popular of the Khlongs, the Saen Saep, is an easy and somewhat thrilling way to beat the city traffic. Though the boats are a bit rugged and the water often emanates a pungent smell, the canal itself and the boats on it function a lot like other public transport systems available in Bangkok. As such, this system has a simple map, numbered piers (stops), and simple connection points between lines. 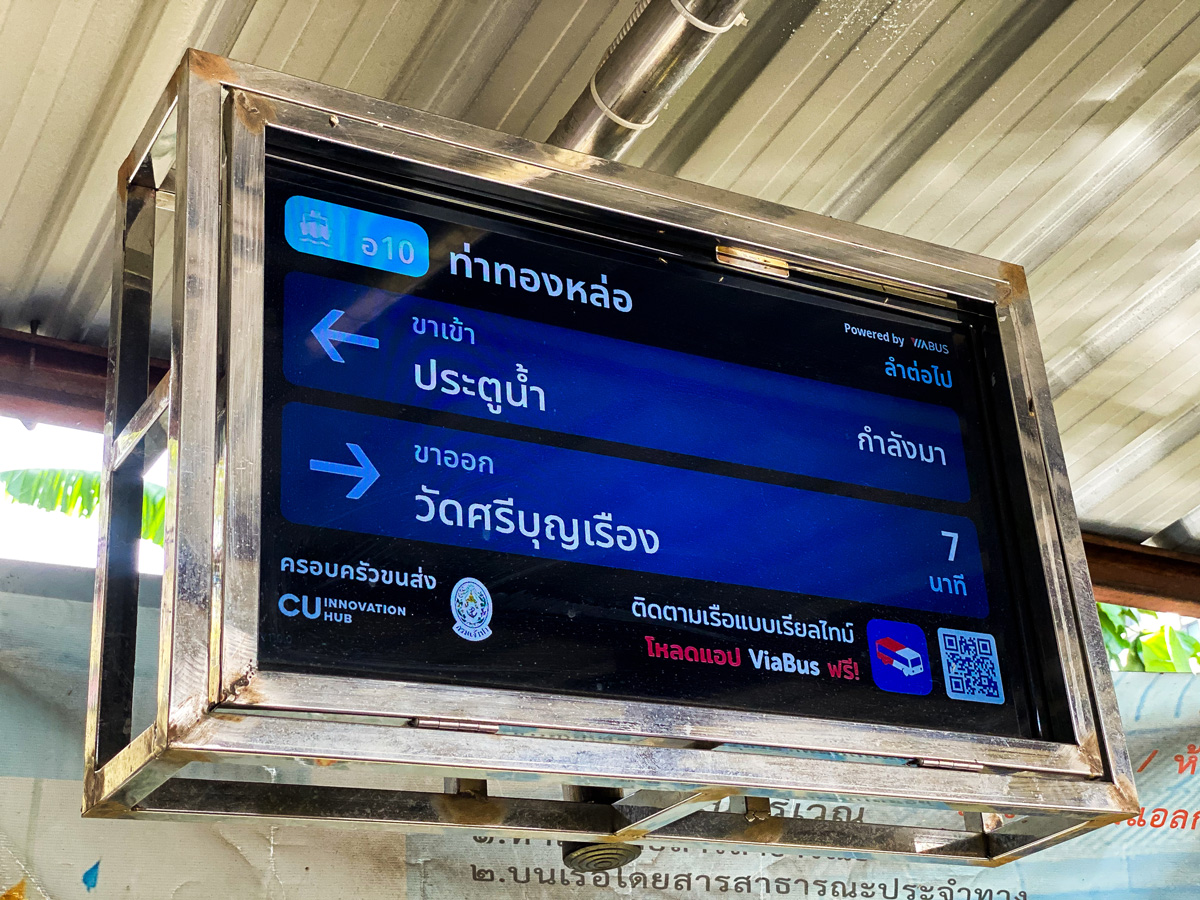 The pricing is also quite simple- you pay for the distance that you travel. On the Saen Saep canal, you can get a day pass for 200 THB (approximately $6.5 USD) to ride up and down the canal, all day, hopping on and off as much as you’d like. However, if you’re commuting or just want to make one or two stops, it’s much cheaper to just pay for the distance you will be traveling as the fares range between 10-20 THB per trip. Also similar to the bus lines that travel on the streets, once you are on the boat there will be someone that approaches you (walking along the outside edge of the boat) to ask you where you are going. They’ll then collect your money, and provide you with a paper ticket as a receipt. It’s advisable to hold on to this paper ticket, as the boats get quite crowded and the people collecting money change shifts and lines, so it is common for travelers to be asked for payment more than once.

There is an endless amount of things to see, eat, and take photos of once you are on the boat, in any of the khlongs in Bangkok. However, for Saen Saep, here are a couple of noteworthy items: Wat Saket, commonly referred to as the Golden Mount, sits brightly on the skyline of Old Town Bangkok. The structure itself is featured prominently on the back of the 2 baht coin and is popular for its golden surfaces, stunning views, and well-kept grounds that are blooming year-round.

Visitors to the shrine will need to take 344 steps to get to the top, but halfway up there is a coffee shop open for refreshment- which is often necessary when going up on a warm day. 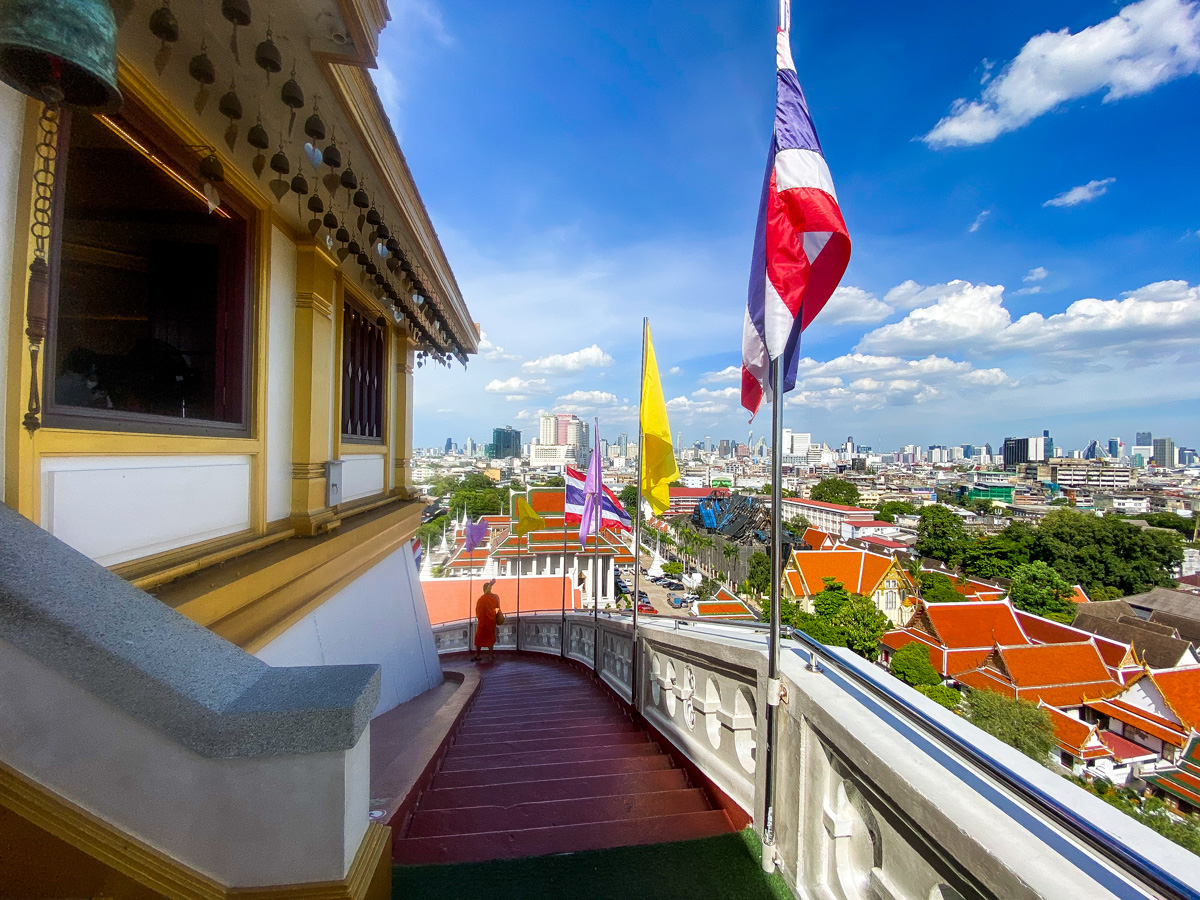 The area surrounding the Golden Mount is accented by lively woodworking shops and local coffee stands, as well, which preserve the neighborhood vibe of the tourist attraction. 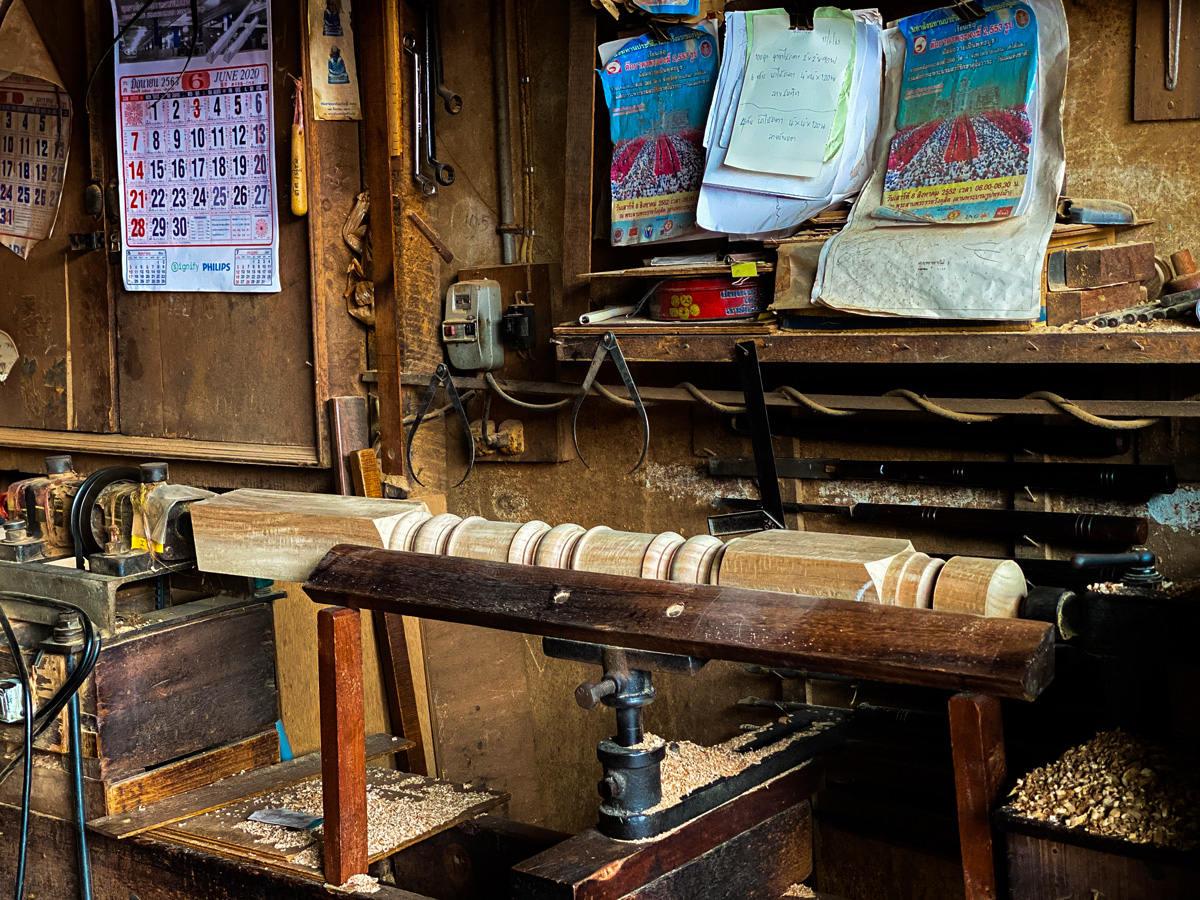 Bobae Market is primarily a clothing and fabric market and serves as a very popular stop along the Saen Saep canal. This market is teeming with colorful fabrics as well as stylish (and sometimes not) mannequins donning everything from jeans to crop-top hemp tie-dye. Many of the customers at this market are locals buying and selling fabric and other textiles in bulk. The prices are good, and everything is negotiable. As with most markets in Thailand, you won’t leave hungry, either. There are plenty of options for food inside the market, all of which stalls serving hot dishes that are made-to-order.

Though the sometimes unpleasant smell of the canal is widely asserted as a deal-breaker amongst local commuters, there is no denying that there is a lot of beauty to be experienced while riding on the boat.

Unlike on the streets above, the trees are often growing over the water on the canals. The bridges and concrete walls that line the waterways are often covered with graffiti and large murals, and there are many opportunities to see communities along the Khlong reusing materials for all types of projects, both for art and for practical purposes, such as growing (and cooking) food. 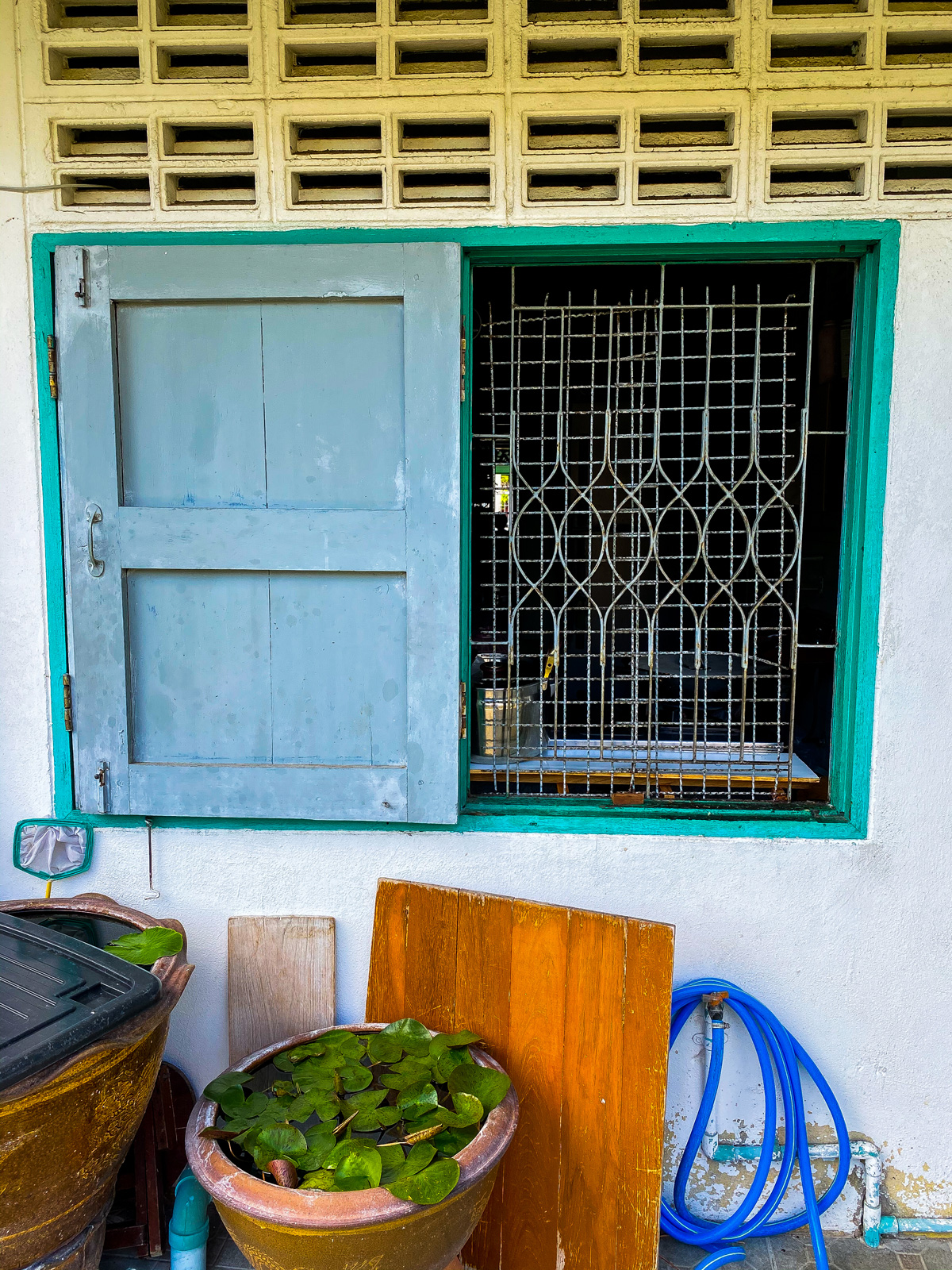 If you hop off of the boat at the stop for Wat Saket (Phanfa Leelard Pier), hang a right and walk about 25 meters along the Khlong- you’ll soon spot a cozy little coffee shop called Remedy.

The entire shop is speckled with plants, the drinks are delicious, and the carrot cake is unbeatable. Remedy also has a variety of literature for customers to enjoy while sipping a coffee, absorbing some cold A/C, and relaxing to the tunes ambiently playing on their retro vinyl record player. Submitted on 14 July 2020
By TAT Newsroom
All entries