The biggest of the islands in the group, Ko Phi Phi Don, is the one most familiar to tourists because it is the home of the largest and busiest pier in the islands. It is accessible via Phuket and Krabi, either speedboat (45 minutes) or the large "slow boat," which takes about 2 hours total from pier-to-pier, depending on the weather at sea. 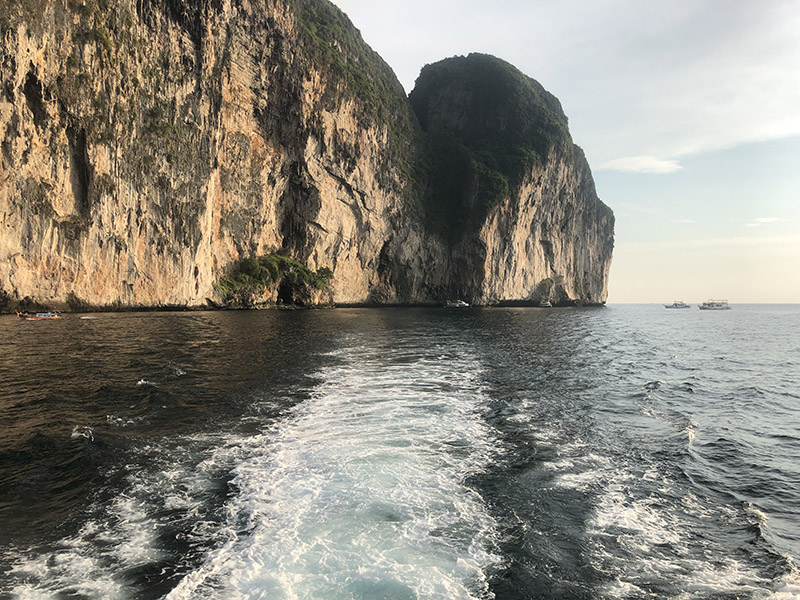 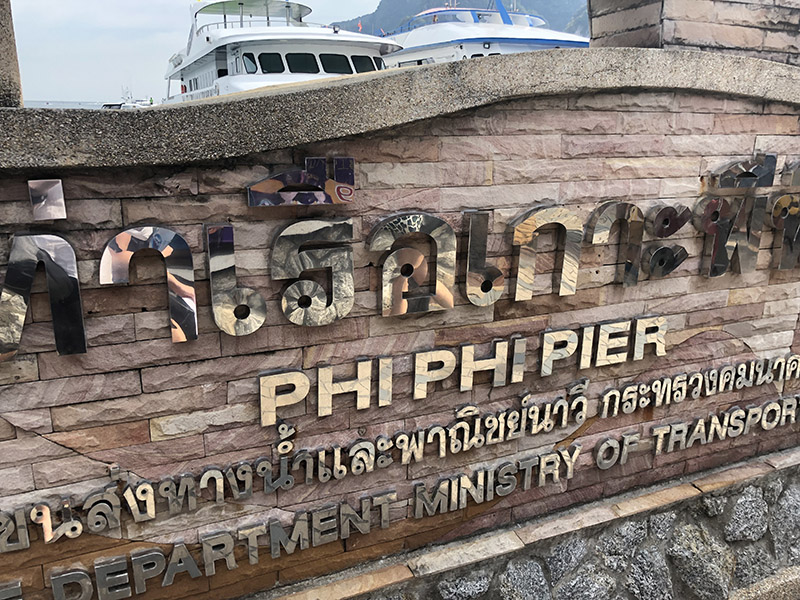 The history of Phi Phi Don is a relatively recent one. Initially, it was populated in the late-1940s by Malaysian fishermen, and eventually, it became a hub for both seafood import/export and a home for many coconut plantations. The name Phi Phi doesn't actually come from the Thai language, either. Just like the original inhabitants of the island, the name originates from the Malay language, and was initially called Pulau Api-Api, which means 'the fiery isle.' This bit of language also refers to the Pokok Api-Api, or "fiery tree," which is commonly known as the grey mangrove and is found on Phi Phi Don.

On Phi Phi Don, the vibe is very laid-back and chill during the day, and at nighttime, the beaches come alive with parties and cover bands playing full sets at seaside bars. There is no shortage of accommodations to choose from when deciding where to stay on the island, as many hotels and hostels are operating on the island, and they are all within walking distance from each other. There are no cars or motorcycles on the island except for official vehicles, so walking to and from various places is the primary method of moving about the island unless you rent a bicycle. Personally, I'd recommend the stroll, as almost every walk you will take on Phi Phi Don is excellent. 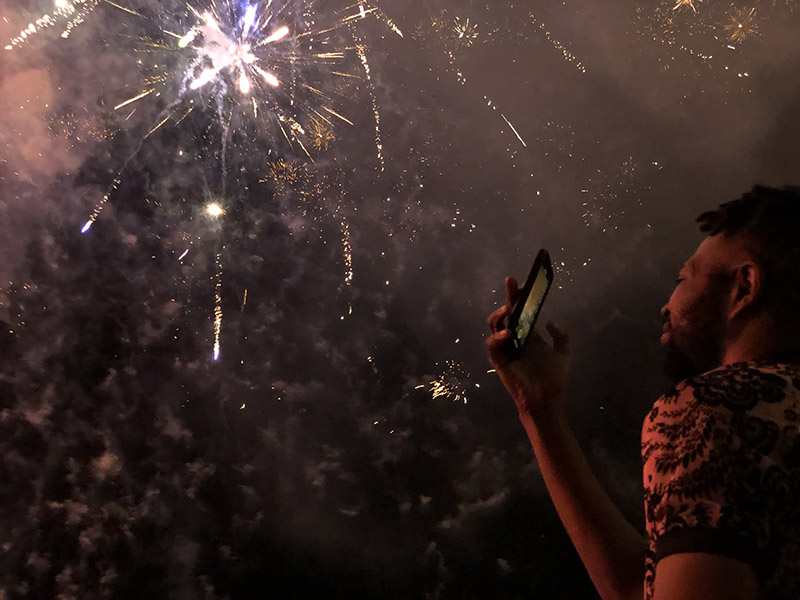 There are a few scenic viewpoints on the island, all of which are on the top of the same hill, the main difference being the path you take to the top. It's relatively straightforward- just follow the paved road, but don't forget your bug spray or tennis shoes. The likelihood of getting lost is very small, but just in case you do, there are signs everywhere that continue to point you to the top. Most of the viewpoints are popular for watching sunsets on the island, which are unique with breathtaking views of the island from above as well as the endless sea. Each viewpoint also has a platform for people to sit on, so relaxing up there is comfortable. 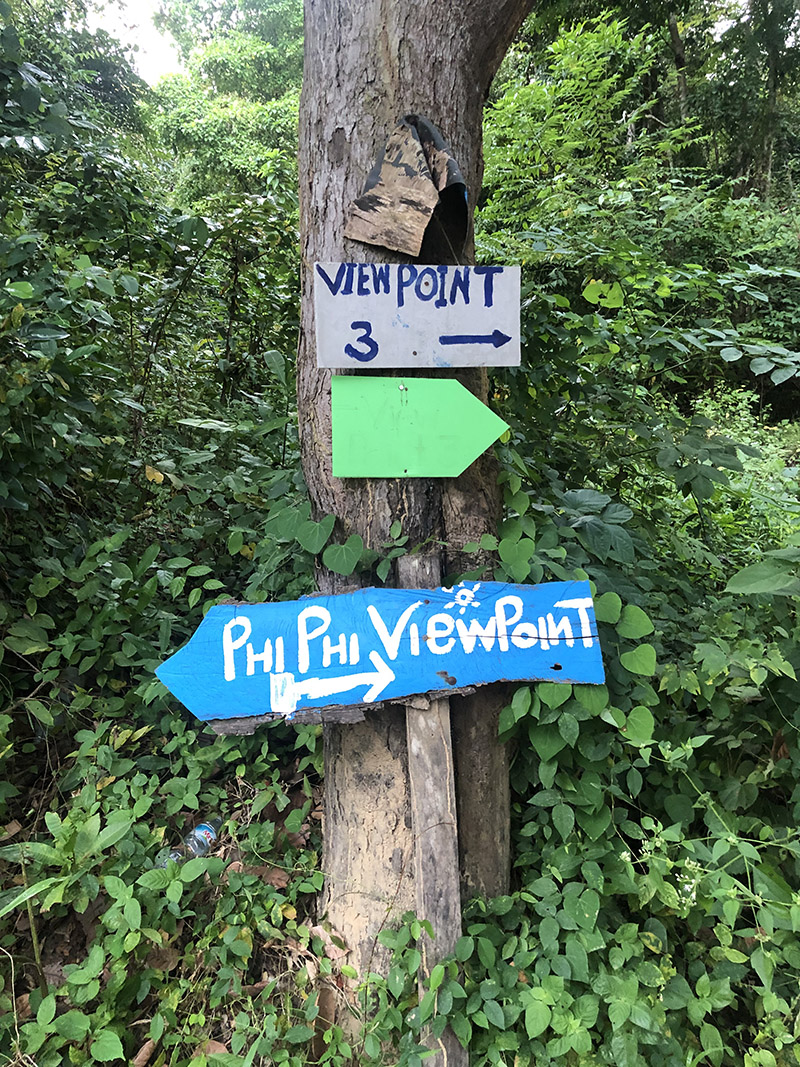 Bonus: Pizza.
Though there is no real historical reason that points to the prevalence of pizza on Phi Phi Don, the current reality is that it is everywhere. Unlike most places in Thailand, the pizza here is made and sold by the slice, so it' perfect for grabbing a slice while you are passing by the shop and eating it while you continue your stroll. The options are endless and include many choices of toppings for visitors with dietary restrictions/requirements of all types. 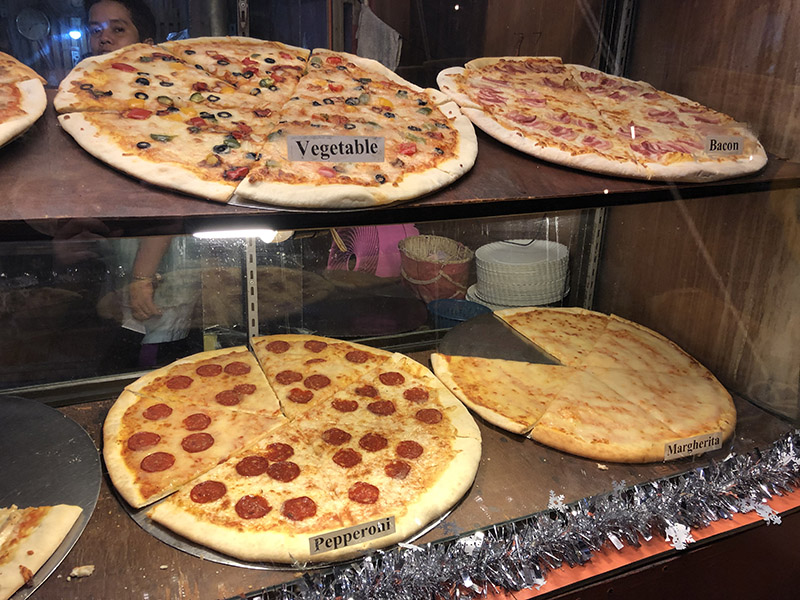