The buddha that watches over Lopburi
When traveling to countries that are primarily Buddhist, it is not uncommon to see temples and shrines built on the side and top of mountains, When traveling to countries that are primarily Buddhist, it is not uncommon to see temples and shrines built on the side and top of mountains, such as the infamous Wat Phra That Doi Suthep, which draws millions of visitors to Chiang Mai each year.

For tourists that are considering a visit to one of the temples with breathtaking views in Thailand, there is already a well-established shortlist of places that are most common to visit. However, there is one unique Buddha statue in a lesser-known area outside of Lopburi town that is often overlooked when these lists are put together. This is, in part, because this special temple has been under construction for (at least) the last few years, and also that the climb to get up to this temple is quite arduous.

However - if you are near the Khok Samrong district in Lopburi Province, Wat Khao Wong Phrachan is hard to miss.

Sitting gracefully on the side of Khao Wong Phrachan, which is considered the tallest mountain in the province, the massive golden Buddha overlooks much of the province below. The footpath to get up to the top consists of 3790 steps and is approximately 1.7 kilometers in distance. The wat itself is at an altitude of 650 meters above sea level.


Once at the top of the mountain, the view of the fields and other distant mountains of Lopburi is stunning. The temple itself is quite simple, and according to some of the local people living in villages around the temple, it may be under construction for many years to come. However, it is still open to visitors, and there is no fee to enter the grounds or to observe the enormous Buddha statue built on top of it.

The only way to access the temple is by hiring a local tour guide to take you there or rent your own car and drive to it yourself. It is located about 30 kilometers from Lopburi town, and if the description of the hike to the top scared you off, don't worry- you can drive your car almost all the way to the top. The path is narrow with a lot of switchbacks, so mind your speed and don't get too close to the edge, as the road is also still under construction. 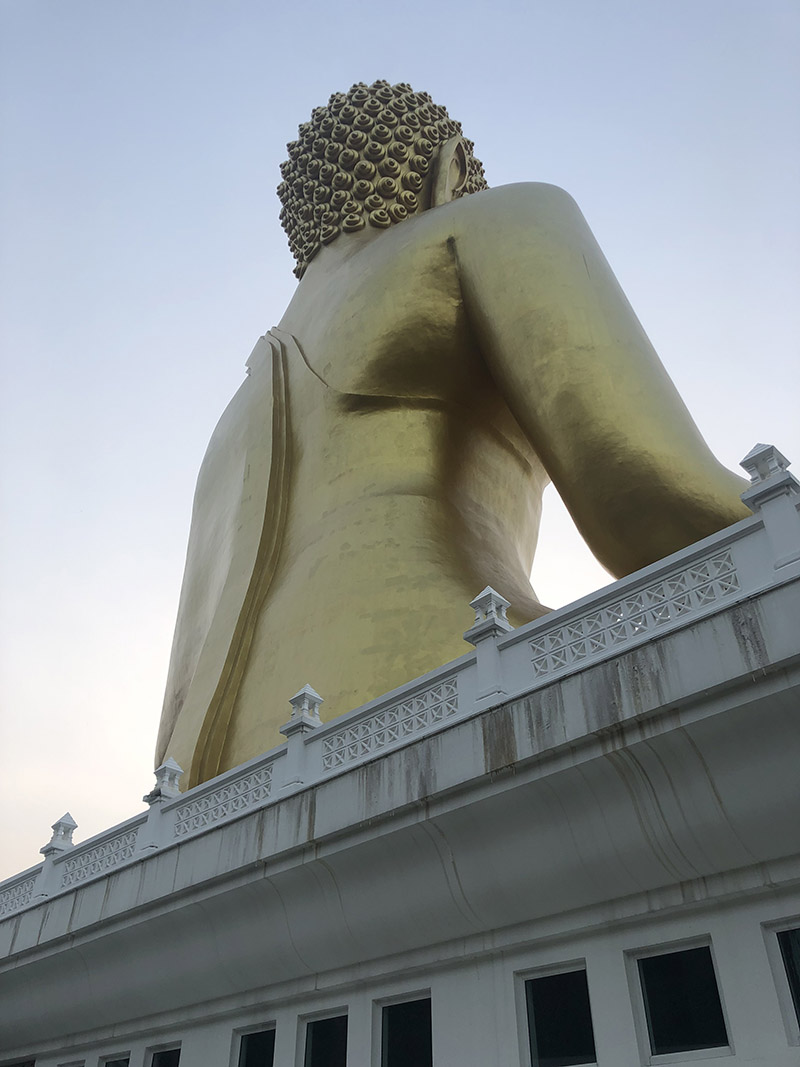 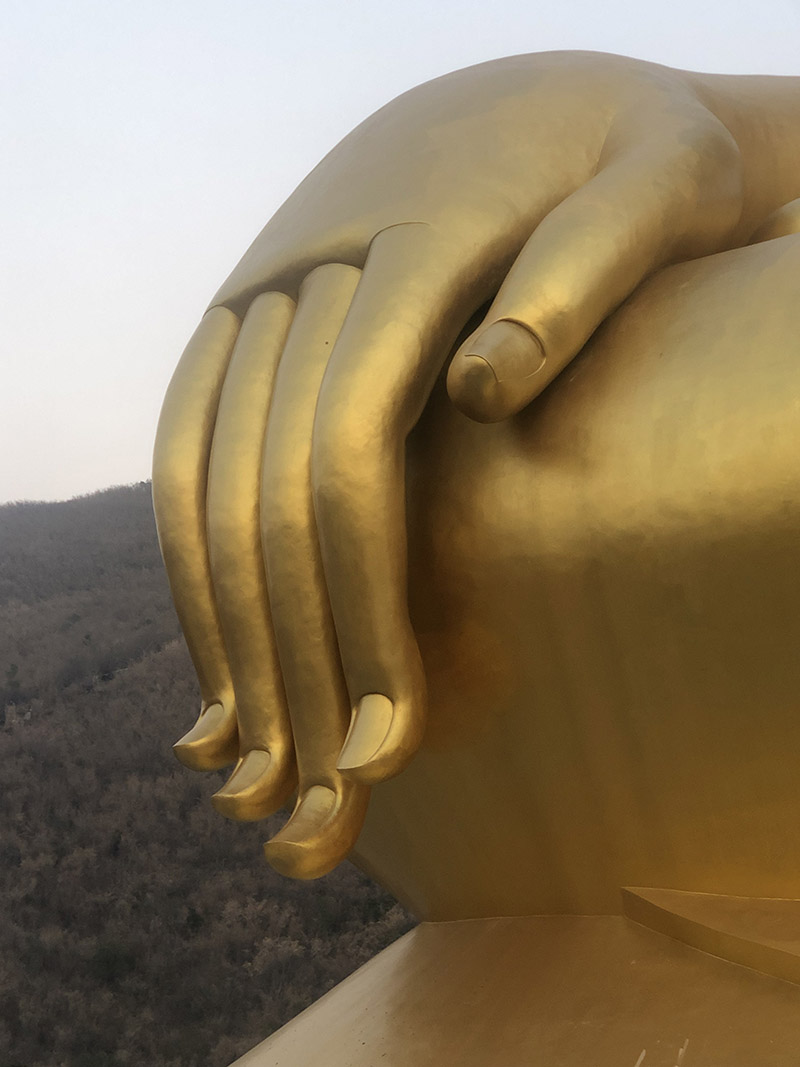 No matter how you end up reaching the top, a visit to Wat Khao Wong Phrachan is very much worth the hike or the ride, both of which are thrilling options.